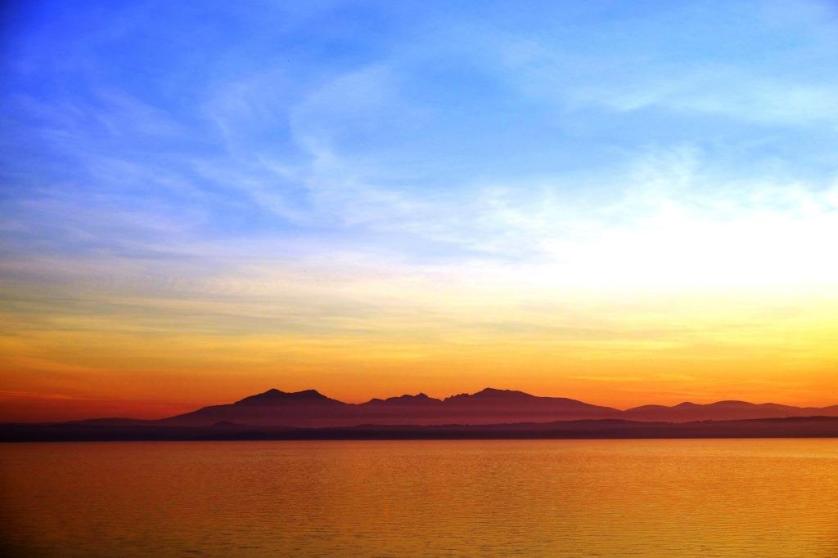 Gender Identity Disorder, also called Gender Dysphoria is a condition or state in which individuals are certain that they are in the wrong body; their physical sex being opposite to the gender they mentally perceive.

It is a serious and medically proven condition - not just some kind of "lifestyle choice". Usually the perception is present from early childhood.

Those with Gender Dysphoria are normal people with the same cares, hopes, fears and aspirations as anyone else. It is the situation they find themselves in that is abnormal.

Scientific research has led to a virtually unanimous acceptance in the medical field that it is a biological condition and not a mental issue. While it is true that there is a higher incidence of mental health problems among gender dysphoric persons, this can be explained as symptomatic of the psychological pain that goes with the condition.

Why are scientists so sure of a biological causation?  Through the use of modern imaging techniques such as MRI scans, research has suggested distinct physical differences in male and female brain structures - they seem to be, as it might be put, 'wired differently'.  When such investigations have been carried out on gender dysphoric men and women, the results have shown some physical brain structures identical to the self-perceived gender.  So the strong implication is that there is indeed a biological cause relating to the physical composition of the brain, which leads men and women in apparently normal bodies to be adamant that these are wrong.

It is noteworthy too, that transgender participants in the various research studies had not taken any hormones which might have affected results; the brains scanned were the unaffected ones they were born with.

A summary of some of the current science can be found here.

The problem then, seems to lie with the extreme incompatibility between the biological gender identity of the brain, which contains a sane mind, and the gender of the body these inhabit.

The 23 February 2018 issue of the Times Educational Supplement, a respected UK education journal, has a detailed and thoughtful article on transgender issues in schools. Writer Lisa Jarmin notes:

We also need to be clear that the assumptions made about being transgender are often false – despite their often being believed in schools. It’s not a symptom of the modern world, nor a psychological disorder. Recent research suggests that there is a biological cause. The Endocrine Society’s official position on this is that “there is a durable biological underpinning to gender identity that should be considered in policy determinations” – and that, while individuals may make certain choices based on factors within their lives, there is no evidence that these factors cause people to change their gender identity.

As with many medical issues, science has yet to uncover all the factors involved.  Currently it is believed that prenatal hormone exposure is implicated. Too little or too much androgen or oestrogen in critical stages of foetal development can lead, it is thought, to a brain and mind of one gender in a body of the other.

Whether or not the person 'should have been' male or female is in a sense irrelevant; a future man or woman's mental development has clearly now been set in motion and many would say that it’s what's on the inside that defines a person.

Jehovah is described in Psalms 139:16 as being the One who "even saw me as an embryo; all its parts were written in your book regarding the days when they were formed." The Creator not only knows the precise causes of the condition, but has the ability and desire to heal transgendered ones, at the future time when all human difficulties will be healed. 2 Peter 3:13

It is estimated that this difficulty occurs in 1 in every 11-30,000 of the global population, with men and women equally susceptible. It is not a recent phenomenon;  gender dysphoria cases have been noted from modern times down through the ages as far back as Plato in the fourth century B.C.E.  Nor is it more prevalent among any particular nationalities or geographic locations - it seems that every ethnic group includes transgender individuals.

Sadly, many such persons face ridicule and prejudice. But what is God's view? The Bible does not mention any specific examples, but Acts 10:35 states that "in every nation the man who fears (displeasing) him and does what is right is acceptable to him." Hence, regardless of situation, all can have a good relationship with Jehovah if they obey him. Simply being gender dysphoric does not diminish someone in God's eyes. Indeed, 1 Samuel 16:7 explains "For the way man sees is not the way God sees, because mere man sees what appears to the eyes, but Jehovah sees into the heart.”  It is of immense comfort that Jehovah cares about the individual, not the mere physical appearance. Those who suffer from gender dysphoria can be reassured that Jehovah sees them for who they really are.

In Deuteronomy 22:5  a prohibition was given to the Israelites of old, against wearing the clothing of the opposite sex. The main reason behind this command might have been to safeguard against sexual immorality. Jehovah was certainly aware that this might affect many transgender ones within the nation, but he was no doubt able to help these ones to cope while the nation as a whole, including any transgendered persons, were protected morally by following God's direction.

There is also mention of physical eunuchs among the Israelites in the Bible, some of whom were possibly transgender. Due to their situation they had certain limitations imposed upon them, but Jehovah still cared deeply for such ones, cherishing their devotion to his laws. He  proclaimed in Isaiah 56:5 "I will give to them in my house and within my walls a monument and a name, something better than sons and daughters. An everlasting name I will give them." Gender dysphoric ones today can face a similar situation in the Christian congregation. Jehovah deeply appreciates the depth of their efforts to please him despite their difficult situation, and he blesses such ones for their commitment to his righteous standards.

If you suffer from gender dysphoria you too can make a name with Jehovah through your actions, assured that he will reward you for all your sacrifices now.  What reward can be expected? Jesus during his earthly ministry is described at Matthew 4:23 as "curing every sort of disease and every sort of infirmity among the people." “Every sort” of infirmity might well have included some gender dysphoric persons. Isaiah 33:24 promises that in a paradise earth to come "no resident will say: 'I am sick.'" Certainly this will include those who are gender dysphoric. We do not know how Jehovah will care for those with this issue, but he is described in Psalms 145:16 as the God who "satisfies the desire of every living thing." Those with gender dysphoria can be certain that along with everyone else they too will be satisfied and happy. What a wonderful hope!

What is the position on pursuing hormone therapy or gender-reassignment surgery while associating with a congregation of Jehovah’s Witnesses? Can one who is a member of the Christian congregation pursue such a course? We cannot provide comprehensive information here. Individuals seeking further information on this complex and delicate subject can seek advice in the local congregation and perhaps write to the appropriate Branch office of Jehovah's Witnesses for current information. If you are an interested one who wishes to visit a congregation and learn more about the Bible's promises, whether you have undergone a form of sex-reassignment or not, you are sure to find a warm welcome in your local Kingdom Hall.

In the meantime it can be an extremely difficult struggle to cope with the daily distress of being gender dysphoric. Although you might feel as if you are the only one, in 1 Peter 5:9 we are reminded "that the same kind of sufferings are being experienced by the entire association of your brothers in the world." You are not alone!

It might be of benefit to confide in a mature close friend in the congregation or perhaps a family member - having someone to talk to can be a huge relief.

There are also specialist clinics which deal exclusively with this issue and can help advise with ways to cope. Normally a referral from a medical health professional is required in order to access these specialist services.

Most importantly, make sure you approach Jehovah in prayer and pour out your heart about your situation. 1 Peter 5:7 urges "throw all your anxiety on him, because he cares for you."  At this very moment Jehovah is eager to listen to your sincere prayers and help you by giving you the strength to endure.

If you are already one of Jehovah's Witnesses, or are studying the bible with them, or are an interested person hopefully you will find encouragement on this site.

In addition to the situation discussed above, a number of physiological conditions can give rise to a diagnosis of "intersex". It is beyond the scope of this website to go into detail about medical diagnoses.  But it's hoped that the Scriptural comments, and those about the Christian Congregation, may be encouraging.

This site is privately owned and operated. It is not affiliated to any legal entity of Jehovah's Witnesses or to JW.ORG Please read the Legal page.